You are here: Home / RV Storage and Organization / Ways to Make Coffee that Don’t Take Much Space 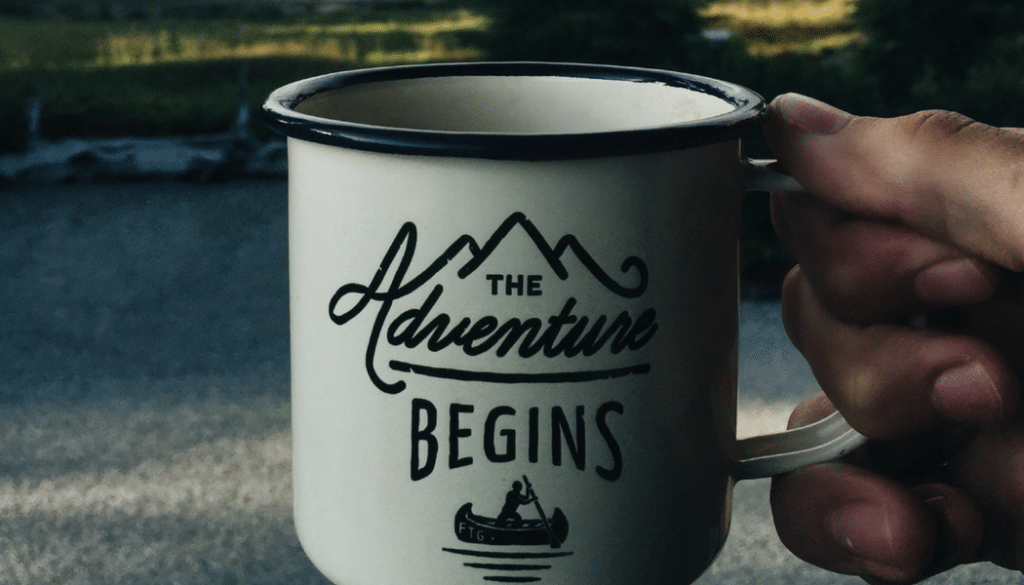 Coffee is pretty important to me, but I realized a long time ago that I don't need a huge electric coffee maker taking up space on my kitchen counter in order to make a great cup of coffee.

I stopped using my traditional countertop coffee maker and gave it away after I purchased my first French press.  Boiling water and pouring it in a pitcher is no more difficult to me than pouring it into a coffee maker.  The only downside, I suppose, is that you can't program a French Press to have your coffee ready the night before, but hopefully if you're living or camping in an RV it means you can spare 10 minutes making coffee in the morning!  (If not, I understand, and hope you can get there soon!)

Although my first French press served me well, it recently broke, so I replaced it with a stainless steel one, which I've been very happy with so far:

If you prefer glass, though, here's a cute one with a protective plastic holder. I bought a similar one as a gift for my sister-in-law; she really likes it:

Another option, especially if you are the only coffee drinker in your household, is this all-in-one French Press travel tumbler.  (In comes in a variation for tea drinkers as well.)

Another way to make coffee that takes up very little space is with a pour over cone, which is placed over a beaker or mug to allow boiling water to filter through the coffee.  Some pour over cones require paper filters, but this style has a built-in filter:

A percolator like this one is a classic stovetop method for brewing coffee commonly used before automatic countertop coffeemakers became popular.

You can get an electric percolator, too:

Etsy.com is a good place to buy a vintage percolator–perhaps a retro one to go in a vintage camper, or a beat-up aluminum one for cooking over a campfire, or a speckled enamel one for a farmhouse style kitchen.

Still prefer drip coffee?  Here are a few options that might help you save counter space.

I don't know if this all-in-one breakfast maker is actually as good of an idea as it seems, but it certainly is a neat idea.  It comes in several different colors as well.

For making espresso, lattes, and cappuccinos….

If you like very strong coffee or espresso, a moka pot might be a good space-saving option for you.  This is an Italian style coffee maker that is used on a stovetop and works by forcing steam up through the coffee (kind of like a percolator).  I have a moka pot that used to make lattes at home (until we bought our Breville espresso machine – which isn't a space saver at all but is totally worth the space and the money to us coffee snobs!)

My moka pot is a 6-cup size (which actually only makes about 6 oz. of espresso), but I found myself wishing I had gotten the 3-cup size because I often felt like I was wasting my coffee by making more than I needed since you have to fill the coffee basket to the top in order for it to work.  But if you are  a drinking it as cup of very strong coffee instead of just a shot of espresso to mix with milk, the 6-cup size is probably better.  This model comes in multiple sizes:

If you prefer an electrical appliance instead of using the stovetop, there is an electric version of a moka pot as well:

To make lattes and cappuccinos, you have to have a way to froth hot milk.  When I first started making lattes at home, I heated milk on the stove or in the microwave and frothed it with a small handheld whisk like this one:

Later I got an electric milk frother similar to this one, which was very convenient not only for making lattes but also for making hot chocolate or for reheating a beverage later.

Here's another secret to delicious lattes at home: buy quality syrup.  I'm not talking about the artificially flavored stuff you can get in the coffee aisle at the grocery store.  This is coming from an admitted coffee snob, but if you like a good vanilla latte, it doesn't get any better than this.  Yes it's kind of pricey, but if you happen to be the type that spends so much time visiting coffee shops that coffee gets its own category in your budget (and I know I'm speaking to a very specific crowd here), you will probably still be saving money if this makes you actually want to drink your lattes at home.

One thing to know if you decide to use a French Press or a moka pot to make coffee is that you need to have a way to control the grind size.  Coffee should be more coarsely ground for brewing in a French Press or else the coffee may become cloudy, yet it needs to be ground very finely for making espresso in order to extract as much flavor as possible.

Before I had a coffee grinder, I used to purchase whole bean coffee and either grind it myself in the machine in the coffee aisle at the grocery store, or have it ground by a barista if I was buying it at a local coffee shop.

Then I got a little handheld coffee grinder in this style, which is what I still use for making just a single cup of coffee:

I haven't hopped on the cold brew bandwagon yet myself, but if cold brew coffee is your thing, you might like one of these ways of making it.

I like this option for making a large quantity to keep in the fridge because Mason jars have so many uses:

You can also buy a cold brew tumbler for both brewing and drinking out of.

Lastly, I have to mention the Aeropress.  Although I have not tried it myself, it is an extremely versatile, affordable method for brewing coffee that is very highly reviewed by coffee fans.  One Amazon reviewer calls it “the best coffee maker for most people,” and I have to admit I am a little bit tempted to try it even though the last thing I need is yet another type of coffee-making device!  The thing that attracts me to it is that it can be used to make either coffee or espresso, making me think perhaps it is the only thing I would really need:

A word of warning:

If you end up getting as many of these products I did, you won't be saving any space at all! 😀

Did you enjoy this list? If so, you'll enjoy these other articles I've written:

Also be sure to check out my RV Organization Resource Library!